Streetwise Coffee Ltd., a coffee cart franchise company located in New Zealand, asks you to choose your coffee wisely, why? It’s because they aim to provide the best coffee taste and experience. Their pride is in their coffee, and the franchisee ensures all their baristas brew consistent coffees country wide, day in day out, from ristretto to macchiato or flat whites.

Streetwise had a branded rubbish bin, however it was not designed for this purpose, it was too light, and it would blow over in the wind, leading to numerous broken bins and fly-away cups!

One further challenge they needed to overcome, would be to combat the restrictions several local councils promoted, not allowing a company to put signage on the footpath, yet almost all councils would allow a rubbish bin. So, Graeme turned this challenge into an opportunity to increase the company’s exposure by creating a branded bin to do double duty. This was one of several successful branding ideas Graeme has introduced.

Before Streetwise Coffee started with Graeme’s bin idea, the company had been purchasing cheap, off-the-shelf plastic bins and applying a graphic with the company’s S logo. The lid in those days was custom made from fiberglass. However, fiberglass is not a good material for this purpose as it chips and gets damaged quickly. Also, the ‘S’ graphic was difficult to apply to a fluted surface and easily damaged. They found the bins were cheap for a reason as they did not last very long nor wear very well, and they needed a lot of work from the time of purchasing a generic bin to creating a Streetwise Coffee bin. 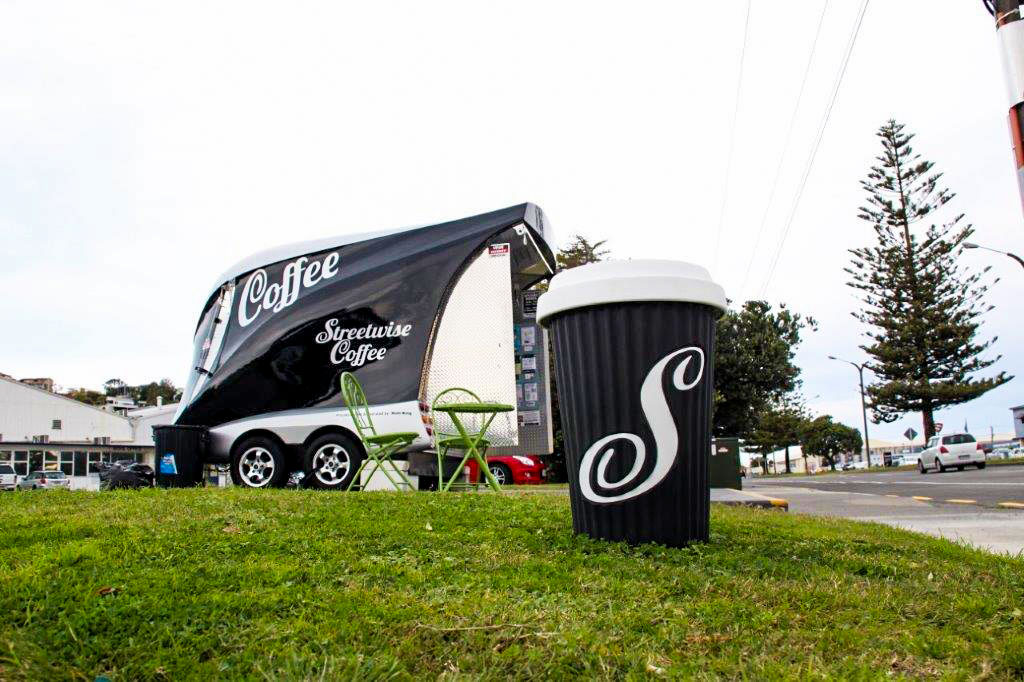 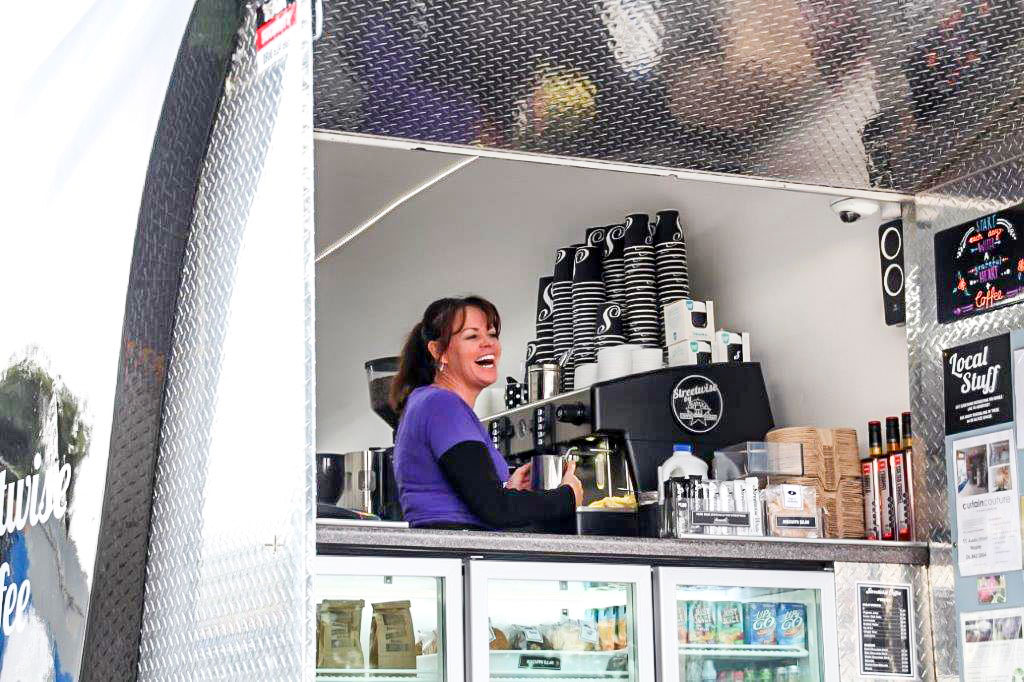 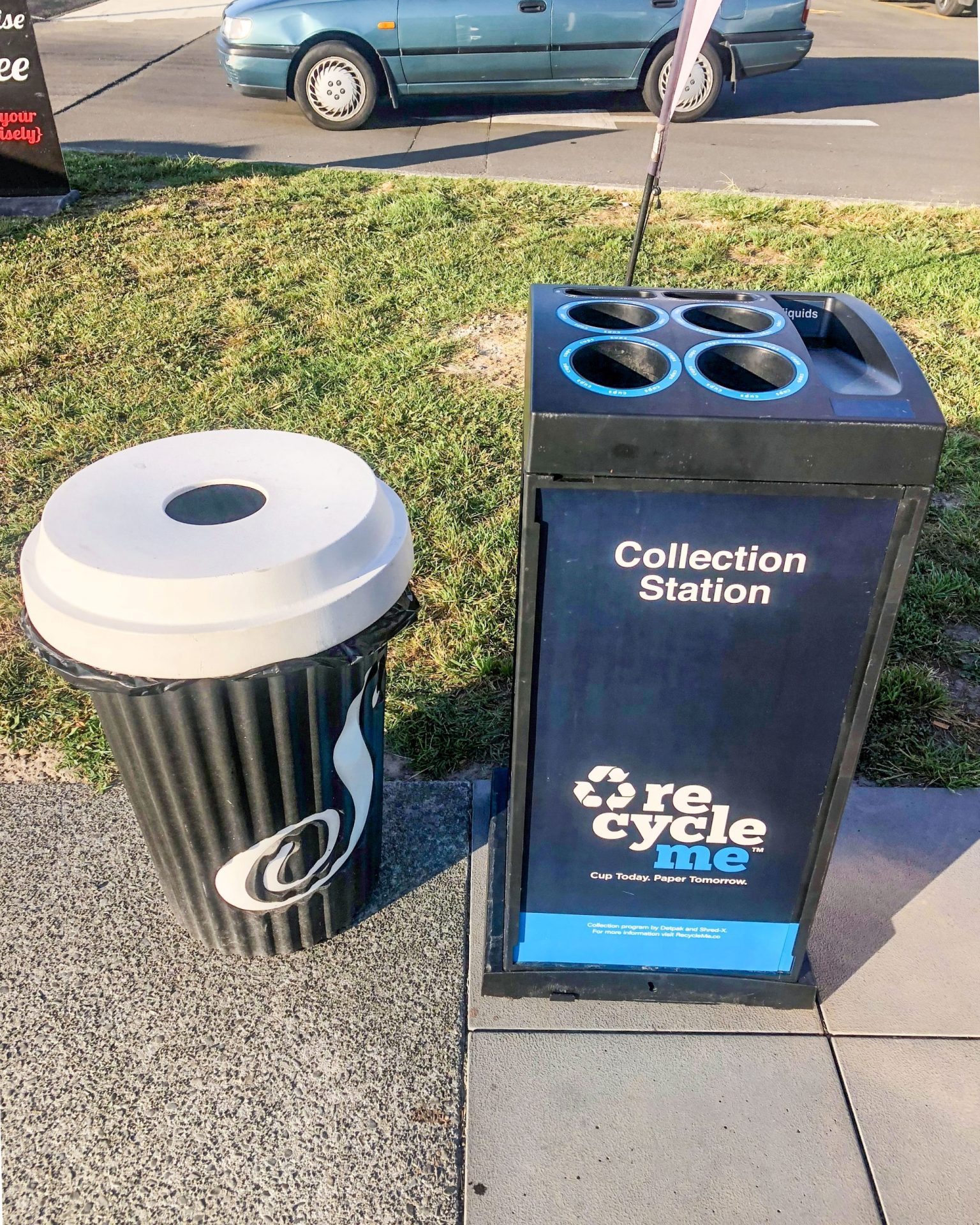 Streetwise felt a new rotational moulded bin would provide a perfect solution due to the product’s sturdy nature, so approached Stallion Plastics, experienced custom moulders in Palmerston North, with a request to help design a new, larger than life, stylish rubbish bin that mimics their trade-mark recyclable cup.

By utilizing rotational moulding to manufacture the bins, the weight of the product could be adjusted. This was beneficial as it allowed Streetwise Coffee to optimise the product’s weight withstanding heavy winds. Key requirements for the new bin were as follows:

Stallion Plastics were perfect partners for this project and helped further develop the tooling for manufacture. They also sourced and processed the polyethylene (LLDPE) from Vanglobe Matrix, and brand solutions from PSI Brand, to help bring the Streetwise brand alive on city streets once again.

Why use INMOULD Graphics for Branding?

PSI Brand’s INMOULD graphics are a brilliant way to create branding for plastic bins and other rotationally moulded parts that are subject to harsh and outdoor conditions, due to their robust yet flexible construction and long-lasting finish. They offer a high level of durability and are suitable for virtually any environment – plus, thanks to the innovative peel and stick application method, they’re incredibly easy to use!

How to get your Branding started

If you want to take your branding to the next level and deliver a true brand experience for your customers, let’s talk!

As a rotomoulder, If you’re interested in learning more about PSI Brand’s revolutionary mould-in graphics for rotomoulded parts, take a look at our online training portal. Our training resources will help you develop the ability to brand plastics with confidence through a professionally developed, three step certification process. To get started, register for free on our website.

If you have any questions or would like to find out more about INMOULD Graphics, click the button below! 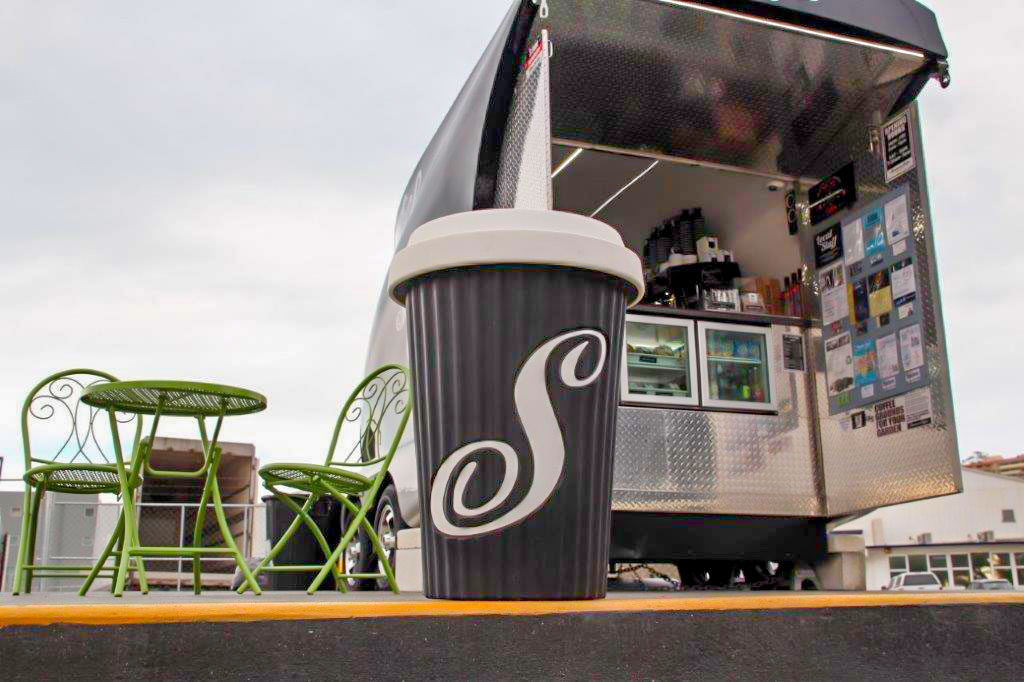